University study is hard work. And for many university students, it’s made harder by having to work to cover living expenses.

Understanding how students cope with their work and study commitments is important for those managing and making policy in the tertiary sector. Universities New Zealand has investigated the issue, using data gleaned from the Integrated Data Infrastructure (IDI).

So how many students do actually work alongside their study? How much do they make? And do international students really take jobs from domestic students? 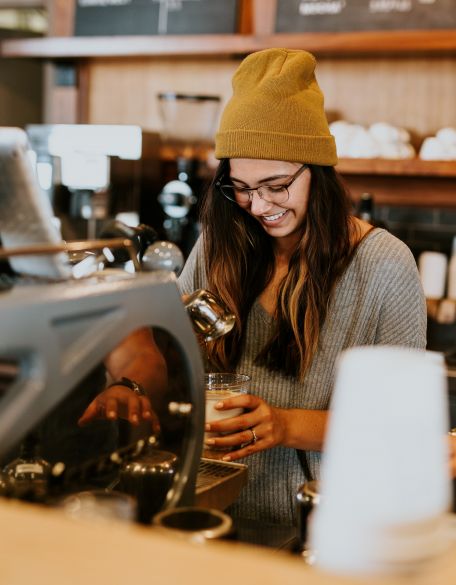 More domestic university students juggle study and work (81%) than students enrolled at other tertiary providers (between 66-75%). However, students at polytechnics and wānanga tend to work more hours than those at university and earn a higher annual income.   This is largely explained by the fact that a much larger proportion of polytechnic and wānanga students are studying part time while already in the workforce.

The requirement for international students to be enrolled full-time and have the means to cover their cost of living in New Zealand is one of many conditions of a student visa. Most international students do not work, even if they have the opportunity to do so. And if they do work, they work fewer hours per week than domestic students.

Not surprisingly, there’s a seasonal employment pattern for full-time university students. More work during summer months (November to February) and July than during months coinciding with semesters 1 and 2, while students at other tertiary providers have relatively stable employment rates throughout the year. This suggests that summer months and the mid-year break are an opportunity for full-time university students to generate extra income to support themselves during the core university teaching periods.

Table 1: Employment summary for domestic and international students by tertiary subsectors in 2019

Young (aged 24 or below) Bachelor’s students represent about half of the university student population. Weekly working hours were estimated using monthly income and industry-specific hourly rates for the 20-24 age group.

Full-time domestic students doing a Bachelor’s course typically spend 30-40 hours on study and about 10-13 hours in paid employment during a typical semester week, while full-time international students typically spend 30-40 hours per week on study and about 9-11 hours per week working. Most of this work is concentrated over the summer and mid-semester breaks.

Over 60% of young part-time domestic students studying a Bachelor’s course also work and their employment rate is relatively constant through the year. They typically spend 10-20 hours per week studying and about 18-25 hours per week at work.

So, are international students taking jobs from New Zealanders?

So no, international students are not taking jobs from New Zealanders. They create five full time equivalent (FTE) jobs for each FTE job they occupy. And the jobs they take are overwhelmingly part-time, short-term and/or casual jobs in lower-paid sectors such as retail and hospitality.

Tax data tells us how many students work during the year or month, from this, the student employment rate can be calculated. How much time students spend in paid work is not available in the IDI, but can be estimated. For young Bachelor’s students, we assume that they are employed at the average hourly rates for 20-24-year-olds working in the same industry, as reported in the 2019 Household Labour Economic survey.[1] Using the industry and age-group specific rates we can estimate hours of work by dividing taxable income by the rates. We have used 2019 data, which is unaffected by the COVID-19 pandemic.