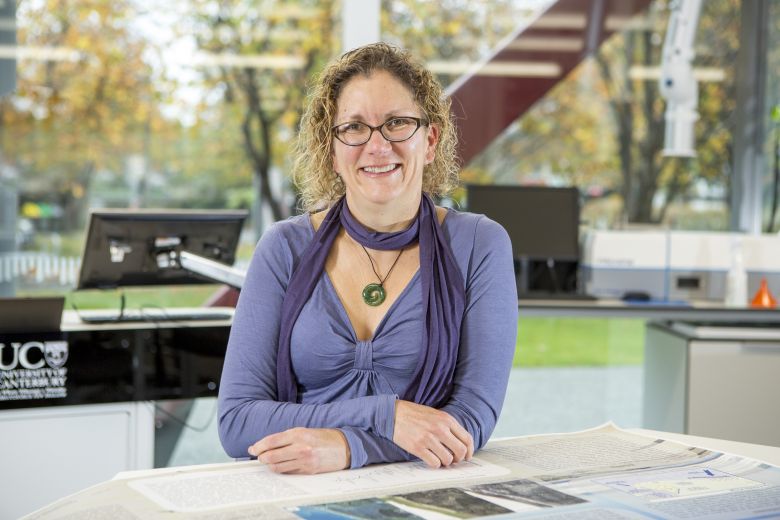 On 22 February 2011, Dr Ann Brower’s life was changed by the Canterbury earthquake.

The only survivor of 13 people in a bus crushed by falling masonry from the unreinforced parapet and facade of a Colombo St building, Dr Brower has spent the years since both recovering and fighting to ensure that what happened to her will not happen again.

The Critic & Conscience of Society Award is to encourage the academic staff at New Zealand universities to act as ‘critic and conscience of society’ by providing the public with independent, expert commentary on issues affecting the New Zealand community and future generations.

Currently senior lecturer in Geography at the University of Canterbury and formerly of Lincoln University, Dr Brower is an environmental geographer. The judges (Gama Foundation’s Grant Nelson, Professor Pat Walsh and Professor Steve Weaver) identified three components of her work that, taken together, make her a worthy recipient of the award.

“Without doubt her interest in earthquake-prone buildings and the threat of unreinforced masonry stemmed from her traumatic experience,” says Prof Weaver. “Dr Brower identified an issue of national significance and used her academic credentials and training to research the issue and quickly became a recognised expert on building safety.

“In submissions to Parliament and in numerous newspaper opinion pieces and journal articles, she pressed for the Building Act to be amended to prioritise the reinforcing of masonry, parapets and facades, because these are the first to fall and have deadly consequences.

“They are also the cheapest to fix. Her work lead to the ‘Brower Amendment’ to the Building Act and, in 2017, Cabinet shortened the timeframe for reinforcing masonry in an aftershock zone from 15 years to 12 months.”

Dr Brower has also spoken out on land reform and in favour of the protection of high country lands, especially in the Mackenzie Basin, where the privatisation of Crown pastoral land had led to significant conversion to agriculture.

“She used newspaper articles, and TV and radio debates in her evidence-based campaign in favour of environmental protection and was staunch in the face of criticism, often of a personal nature, from others on the opposing side of the debate,” says Prof Weaver. “Her work has resulted in legislative changes that enhance the protection of high country lands.”

Dr Brower's experiences led her to launch in 2017 the Little Guy's Guide to Making a Difference. The guide is for scientists and engineers offering practical tools for raising ‘critic and conscience’ issues emanating from their fields.

“The judges were of the opinion that Dr Brower is the epitome of an academic taking on responsibilities as Critic and Conscience of Society as a very legitimate component of her academic activities,” says Prof Weaver.

This is the second year of the Award, which is accompanied by a cheque for $50,000 to be used for research purposes. The presentation to Dr Brower will be made before an event at the University of Canterbury, at which Dr Brower will discuss The Little Guy’s Guide to Making a Difference: Lessons in Politics from the Christchurch Earthquakes.