Language is central to identity for indigenous peoples and many indigenous nations face the real danger of their languages disappearing. To encourage urgent action to preserve, revitalise and promote those languages, the United Nations declared 2019 the Year of Indigenous Languages (IY2019).

Māori are in the vanguard of the language revitalisation movement and the UN declaration has given two Universities New Zealand committees—Te Kāhui Amokura (TKA) and the Committee on International Policy (CIP)—a chance to share their experience and knowledge more widely. 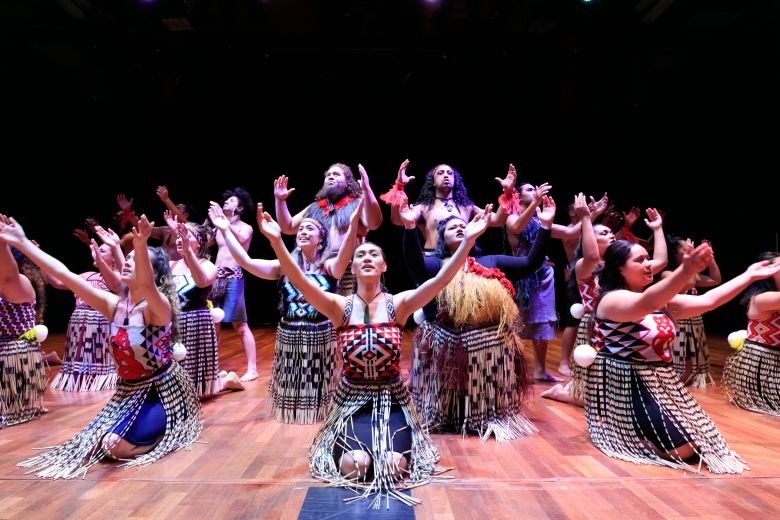 “Our world is changing—and that creates an opportunity for us to be at the forefront of change,” says TKA member Dr Sarah-Jane Tiakiwai.

TKA has worked with CIP to develop a New Zealand summit on Indigenous Language Revitalisation, Education and Development (the NZ Summit) to be held in Brazil in partnership with the University of Brasilia as a part of the Second International Conference on Revitalization of Indigenous and Minoritized Languages. The NZ Summit will be held at the University of Brasilia, Brazil, on 1-4 October 2019.

“We have the chance to put a spotlight on indigenous languages,” says Dr Tiakiwai. “While we still have much to do here, going to Brazil is an opportunity to help support their aspirations and show solidarity—especially in South America, where indigenous people are really struggling to get visibility in this space.”

The Summit Steering Group has just returned from a planning trip to Colombia, Brazil and Chile, supported by the Latin America Centre of Asia-Pacific Excellence, meeting over 77 representatives from universities, embassies, government agencies, indigenous organisations and communities.

“We recognised the importance of establishing genuine indigenous connections based on reciprocity,” says UNZ portfolio manager Fiona Johnson-Bell. “To be sure there was genuine interest from our South American partners, we had to have kanohi ki te kanohi (face-to-face) dialogue. This would ensure the summit agenda was co-created and co-designed to meet the aspirations of the indigenous peoples of South America—and of Aotearoa New Zealand.”

“The growth of indigenous development at a local and international level is a success factor for development globally,” says TKA Chair Dr Darryn Russell. “An underperforming sector in any society negates the opportunity for innovation in the wider community; we represent a forefront for that change.”

While general awareness of New Zealand is low in South America, the delegation found that the international partners who work in indigenous development were very familiar with Māori development and Te Reo Māori revitalisation.

“Across most of our meetings, Aotearoa was looked to as a potential model for design and implementation in their own context of indigenous development,” says Ms Johnson-Bell.

Indigenous languages do not operate in isolation. Conversations about language cannot be separated from discussions on territory, culture, climate change, legislation and policy, indigenous teaching and pedagogy. “It is important to have indigenous people take the lead in these conversations as they relate to their communities, and to own their own language,” says Ms Johnson-Bell.

To build on the knowledge that will be brought to the Summit, TKA is developing a Global Indigenous Network online platform—Ngā Here Mātauranga—to share indigenous knowledge and experiences.

“The vision is for this network is to create an opportunity for indigenous peoples around the world to learn from each other,” says Dr Russell.

The network will focus on priority areas across indigenous language revitalisation, development and education, and aims to emphasise the importance of the role of the community and how collaboration between universities, the community and government can lead to successful models of engagement and implementation of initiatives across the system.

“Through the network, TKA wants to produce useful, relevant and practical advice to help communities, academics and universities with indigenous language revitalisation, development and improving educational success for indigenous learners.”

Of the many highlights from the preliminary trip, meeting Congresswomen Joenia Wapichana—the only Indigenous representative, the first female in the Brazilian Congress and the first indigenous lawyer in Brazil—was a standout.

Te Kāhui Amokura is drafting the agenda which will be shared with the newly established international partners for their thoughts and feedback to help further tailor the content. “This is critically important as a part of the delegation’s reciprocity approach to engagement,” says Ms Johnson-Bell.

Start of a journey

The NZ Summit is just the start of a range of opportunities for Māori and the New Zealand universities.

“You can’t grow if you’re sitting in the same place,” says Dr Russell. “This is an opportunity for us to critically reflect on how far we’ve come. They see us as being advanced, so this is a chance to think back on what we’ve been doing, so we can plan forward for what we want to achieve for next 50 years or so.

“It’s the starting point of a longer journey and the aspiration for collaboration. We want to build opportunities for the future. The context for both indigenous populations will shift endlessly in the changing face of politics, government policy and reform—but indigenous aspirations remain constant.”