The recipient of this year’s Sir Douglas Myers Scholarship to attend the University of Cambridge in the United Kingdom aims to use what he learns there to help tackle Aotearoa New Zealand’s mental health crisis. 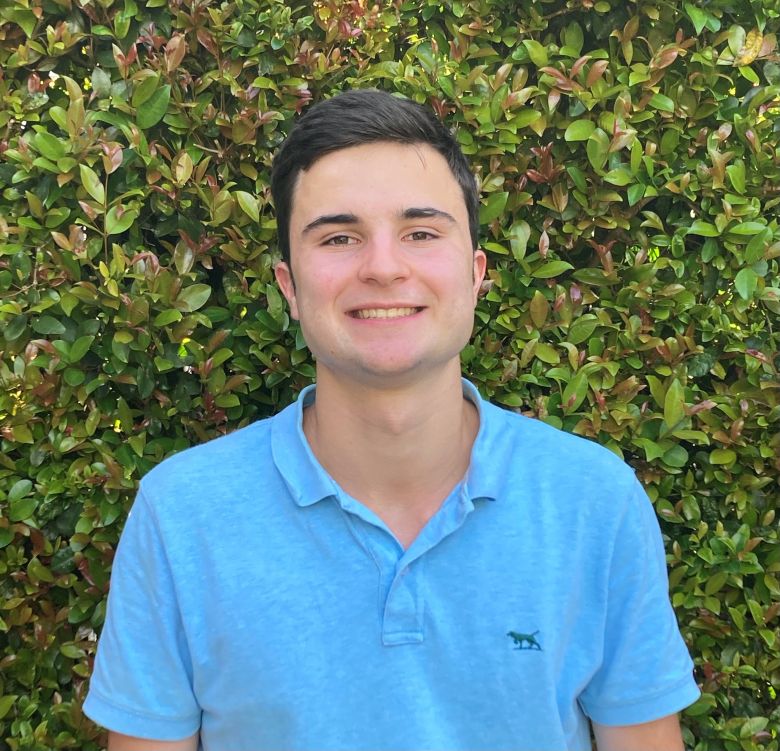 Eighteen-year-old Aucklander Isaac Mellis-Glynn has already made a significant contribution towards mental health with an initiative he founded called Our Courage (www.ourcouragenz.org and @OurCourageNZ on Facebook), which seeks to normalise conversations around the subject and encourage young people to reach out for support.

For the initiative, Isaac has interviewed prominent New Zealand sportspeople, broadcasters and politicians about their experiences with mental health and collated the interviews into an accessible resource.

“I’m particularly passionate about this issue because I’ve faced my own mental health challenges and so understand from personal experience how valuable quality mental health services can be,” he says.

“Mental health is one of the most significant concerns facing New Zealand in the 2020s, with the Organisation for Economic Co-operation and Development estimating one in five Kiwis experiences a diagnosable mental health issue each year. The importance of mental health is strikingly clear in the wake of the pandemic, which has led to uncertainty, isolation and anxiety for many Kiwis.

“I’m particularly committed to working in this area because I believe Kiwis’ mental wellbeing underpins New Zealand society, as health, business, education and crime are all in some way affected by this issue.

The exam marks were the culmination of a stellar five years at Auckland Grammar that led referees to describe Isaac as one of the most remarkable students to have come through the school.

“He is frequently spoken of by the student populace with a sense of respect bordering on reverence: for his deep sense of social responsibility, generous empathy and universally courteous manner,” says Isaac’s English teacher, Charlotte Forster.

Isaac says Cambridge will stimulate and push him with its intellectual diversity, academic rigour and breadth of resources. The intersectional approach of Human, Social and Political Sciences will equip him with a thorough understanding of how modern political and social institutions can address mental health and enhance the lives of New Zealanders, he says.

Isaac captained the New Zealand Schools’ Debating Team in 2021, leading them to the play-offs of the World Schools’ Debating Championships. This followed many other significant roles and successes since Year 9 representing his school and country in debating.

Isaac was a senior prefect last year and served for two years as student representative on the school board of trustees.

He played tennis, rugby and cricket for Auckland Grammar, as well as being a member of the school’s distance-running team, including as a senior leader when they competed in the 2021 New Zealand Schools’ Cross-Country Championships.

John Taylor, Chair of the Sir Douglas Myers Scholarship Selection Committee, says: “Isaac is a most articulate, committed and compassionate young man. He has a real sense of purpose to enhance both the understanding and treatment of mental health in young people, which impressed us greatly.”

The late Sir Douglas Myers set up his scholarship in 2000 for academically gifted students intending to return to New Zealand to become leaders in their chosen fields.

Sir Douglas, a well-known businessman and former leader in the brewing industry, graduated with a Bachelor of Arts in History from Gonville and Caius College. He was a significant supporter of education, business, sport and the arts, and his scholarship continues his outstanding legacy of finding ways to create opportunities to encourage young New Zealanders to succeed in global competition.

The scholarship provides tuition, college fees and a living allowance. Universities New Zealand – Te Pōkai Tara administers it in addition to around 40 others.