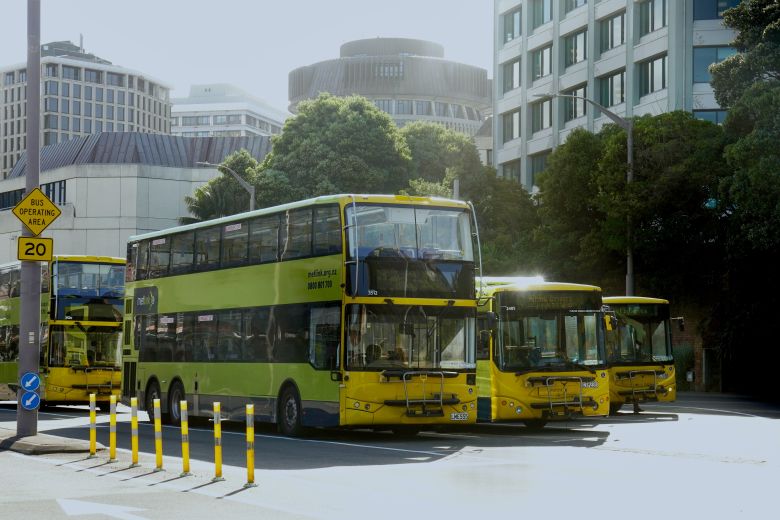 Aotearoa New Zealand’s eight universities have joined the Aotearoa Collective for Public Transport Equity in calling on the Government to make public transport free to students and other New Zealanders on low incomes.

Doing so will help alleviate poverty and hardship, as well as contribute to combating climate change, they say.

The collective was launched in October 2021 and has a wide range of member organisations, including students’ associations, climate groups and two individual universities, Massey University and Te Herenga Waka – Victoria University of Wellington.

Now the New Zealand Vice-Chancellors’ Committee has agreed all the country’s universities will support the collective through the membership of the sector’s peak body, Universities New Zealand – Te Pōkai Tara.

As well as for students, the collective and its national campaign, Free Fares, are seeking free public transport for other people on low incomes, including under-25s, community services card holders, and total mobility card holders and their support people.

In March, the collective handed the Government a petition with more than 13,000 signatures.

Writing to Education Minister Chris Hipkins about universities’ support for the campaign, Universities New Zealand Chair and Vice-Chancellor of Massey University Professor Jan Thomas urged the Government to act on their call.

She highlighted how it aligns with the Government’s Tertiary Education Strategy goals of barrier-free education and reducing carbon emissions.

“The majority of our students are low income,” wrote Professor Thomas. “We know that costs of living are increasingly exceeding available student allowances and the amounts that students can borrow. We know that we are seeing a crisis in student wellbeing and mental health and, to a significant extent, this arises from increased financial pressures on students.

“We know that the majority of our students are concerned about climate change and their carbon footprint. An increasing proportion need to work while studying and they are looking for sustainable ways to get to and from workplaces and their places of learning.

“Finally, we know that our students are learning the behaviours that will remain with them over the rest of their lives. The more we can encourage them into sustainable modes of transportation the better.”

Professor Thomas said Vice-Chancellors understand that if users are not paying for public transport then taxpayers must.

But they “also understand that there are other greater societal costs when people on low incomes have to make choices between getting to places of work and study versus challenges such as getting sufficient nutrition and living in adequate accommodation”.

Campaign organiser Ryan Hooper-Smith welcomed Universities New Zealand’s support, saying: “Free Fares once again has received the backing of a large peak body in Aotearoa. With Universities New Zealand now supporting our cause, we have one of the largest organisations in the tertiary education sector backing us. It’s clear Free Fares is popular. It’s also clear the cost of transport is squeezing our most vulnerable, including students, and the Government needs to act. We urge them to take the leap and implement Free Fares.”