“I am constantly amazed, surprised and delighted about the difference that universities make to the communities they serve.”

Michael Ahie is passionate about the power of education to change both communities and individual lives. 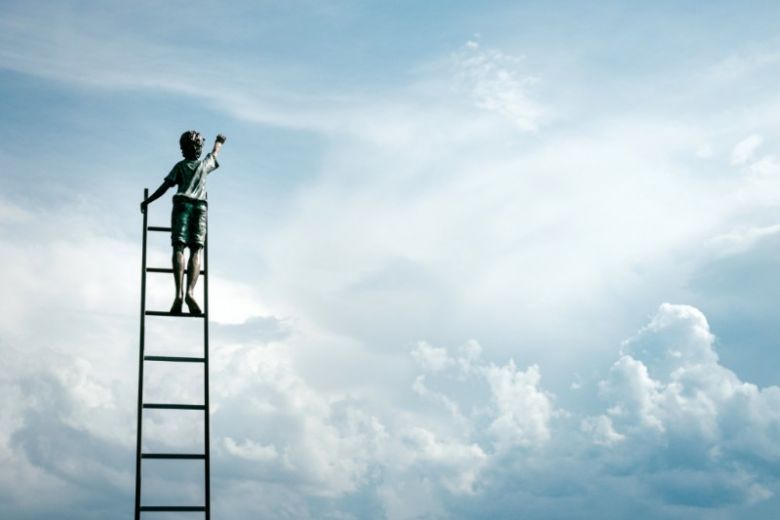 So what does a Chancellor actually do?

It’s an unusual role, part ceremonial and part governance. The Chancellor chairs the Council, the governing body of a university, which sets policies and directions, oversees financial and strategic decision making.

“There are three aspects,” says Sir Anand. “The constitutional things that need to be done properly, making sure we have the authority and power to do them quickly and efficiently; the ceremonial part, representing the university in public and capping students; and the community aspect.

“The Chancellor is the person who encourages the efforts of the university community, whether it’s the staff when you’re walking around campus, or the students or being out in public—you get to be known, particularly in a smaller city like Hamilton or Tauranga. You realise people have a connection with university and you’re meant to represent it.”

Michael Ahie concurs. “The ceremonial parts and the constitutional parts are what you just have to do and that's where your governance experience comes in—running meetings, and coaching and mentoring the Vice Chancellor. Those things are what should come out of any normal Chair’s role and all the challenges that come with that.

“The ceremonial part for me really gives the role an added dimension. I finish the capping ceremonies on a high. I find it extremely valuable seeing the difference universities make in peoples’ lives with all the hard work that they've done to get to that point. It’s something I did not expect to get that kind of value out of.”

When Susan McCormack joined the UC Council 12 years ago, however, she was surprised at how traditional the environment felt then. “It felt like going back to the Dark Ages to me. I’m a commercial lawyer and also a director in commercial entities, so that felt really unusual for me in a sector I was expecting to be more forward thinking.

“Universities are big beasts that have done things traditionally for quite a long time, and…we need to break that down otherwise we’re not going to be seen as something that’s relevant to young people today.

“Now we have a female Chancellor, a female Vice-Chancellor—a first for Canterbury—and a female student rep. Maybe we are seeing things through a different lens. My background is in some ways formal, but in other ways, I’m far more open and transparent and that’s the way I run my meetings. That wasn’t necessarily what I came into and I had to spend a lot of time changing that.”

Sir Anand, comparatively new to the role, agrees. “What really surprised me was to join a group of people who were of the view that this is the way things have always been done. I think, with great respect to our system, that that’s how too many people think!

“Last year’s Education and Training Act 2020 provides us with an opportunity for things to be looked at differently.”

Universities are large organisations looking to respond appropriately to an evolving society, changing demands from employers, changing demographics, an evolving economy, and a proliferation of new technologies.

They face a massive challenge, with finite resources, and have many expectations placed on them by students, employers and the Government.

And while the traditional image of ivory-towered organisations may be on the way out, the three Chancellors agree that one thing that won’t change is the value and importance of attending university.

“I know that sometimes university is seen as a bit of a backstop,” says Susan. “And I know a lot of universities say the main purpose is to get a job, but I actually think it's way more than that.

“We’re so lucky with our young people because for them it is about giving back and they want to know how best to do that. They know they have to work for a long time and they want a job that's meaningful.”

For Michael, attending university is part of a lifelong learning journey. “I promote that as an important kaupapa for the university…and for some young people it might not be the right choice at the time. I totally believe university is a great way to broaden your views and to fully participate as a citizen. But it’s not the only way.

“Make universities part of your lifelong journey—we should be able to accommodate people who want to pop in and out of university all through their lives, right to the end of their lives.”

“My take on this is that university provides a place where one’s skills, judgment and perception can all be honed by lectures and connection with other students,” says Sir Anand. “This will enable people to participate in the community in a better way than was the case before or without the university experience.

“You don't necessarily carry on in the way that you might have thought as you started; you end up doing all sorts of different things. But the university is the great melting pot in which what you're actually going to do eventually can be settled.”

But for these Chancellors, the university is about more than just benefiting individuals. It’s about solving real-world problems that will benefit the wider community. “The entrepreneurial can-do, real Kiwi kind of approach to solving real-world problems is in the DNA of Massey University,” says Michael. “We as a Council are adamant that we maintain that kind of entrepreneurial flair.

“And on top of that, we are a bicultural nation with multi-cultural communities. It has been very deliberate for us in terms of being Tiriti-led, which was a big statement by the Council.

“I see our university supporting the aspiration I've always had as a New Zealander of Pakeha and Māori descent, that by around 2050, New Zealand will fully express its bicultural nationhood as expressed in Te Tiriti in 1840; what those founders dreamed of—two peoples coming together in the spirit of partnership, protection and participation.”

Ensuring the university is part of and contributing to the community is also important for Susan McCormack. “We need to be more in the community…to show that we're not aloof and not just stuck out doing our own thing—we are part of the solution to the world’s problems: climate change; for Christchurch, particularly, seismic solutions; social inequality, which is such a big thing in our country. We need to be part of that discussion more.

“We have great people in all our universities who have all this knowledge and we need to get these people out into the community to share their knowledge. That's the biggest challenge.”