Ten years is a good length of time. 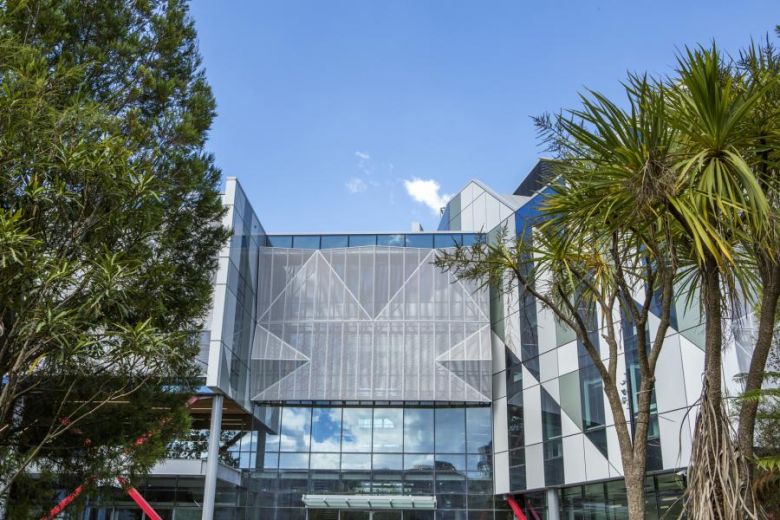 In the decade 1958 to 1968 the Space Age got under way, television became a thing, and I learnt how to read, write and swim. By the end of 1978, ten years later, I had made it through my second year at Otago University, mastered double entry bookkeeping, and computers ran on punch cards. In the next decade I completed three university degrees, got a job, got married and had two kids—the pace was picking up. The personal computer (PC) was a thing, but the internet had not yet been born.

By 1998, a further ten years on, we had lived in three countries, added two more kids to the family, and I had picked up a couple more university degrees, including a PhD. I had given up commercial banking in favour of a job as Deputy Governor of the Reserve Bank of New Zealand, and we were preparing for ‘Y2K’.

In the next decade we survived the dawn of the new millennium, witnessed 9/11 and moved to Christchurch. During the 2000s I also had a career change when I became Managing Director of Jade Software Corporation Ltd, ran my first marathon and experienced the Global Financial Crisis.

By the end of 2008 I had agreed to take up the role of Vice-Chancellor (VC) of the University of Canterbury from 1 February 2009.

So, what happened over the past decade? Lots of things accelerated—the internet and social media; mobile everything; life sciences; climate science went mainstream. The kids also left home, my wife was diagnosed with MS, we became grandparents, same job, same house, no more university degrees, more marathons, some directorships and three years as Chair of the Reserve Bank Board. Oh—and there were some earthquakes.

In my graduation address at the end of 2018 I outlined my perspective on the three pillars for a good life. Not money—although I do not advocate poverty; not power—although I am not a fan of being oppressed, but rather I spoke of the need we all have for a sense of belonging, the desire we all have for meaning and purpose in life, and the value of love and kindness in the way we live.

Feeling a sense of belonging and creating that sense for others is one of the most satisfying and rewarding things I have experienced, not just in the last decade but in my lifetime. Universities are among many types of communities and are not the only place where learning occurs. However, in my view, the virtual world poses no threat to a scholarly community that creates a sense of belonging for staff and students. It has been a privilege to have been a part of this community.

We all need meaning and purpose in life. Some of us are more task-oriented than others. Some are more inclined to seek meaning and purpose in personal relationships, or in answers to questions or solutions to pressing problems of our times. In 2009, as the incoming VC of UC, I felt my task was to make the University of Canterbury a better version of its good self—more efficient in its use of resources and more effective in its teaching and research leading to improved learning outcomes for students. Things were good but could be better, so I adopted a managerial and evolutionary approach. The events of February 2011 changed all of that. Fundamental questions arose—in what form would UC survive? How were we to meet the expectations of the students who were part way through their studies, how were we to support our staff and where would the money come from?

During recovery, the ground work was done to transform some aspects of what we offered and the way we worked, as well as how we presented ourselves to prospective students. Thousands of staff and other stakeholders contributed to the recovery and the transformation now under way at UC.

The transformation has sparked growth—with record numbers of full fee-paying students, record numbers of postgraduate students, record levels of philanthropic support, trust and endowment funds, and record levels of external research income. In 2018 we achieved an operating surplus on our core business for the first time since 2010, and this year we are not only budgeting for an operating surplus but will have the ability to end the year debt free.

I have found immense meaning and purpose in the role and responsibility I have had as VC of UC and have come to understand why supporting a community focused on creating and transferring knowledge at a time of exceptional challenge is one of the most rewarding things I have done in my life.

The third pillar for a good life that I would promote focuses not on what we do, but how we go about it. Love and kindness. The love I have in mind is the empathy, compassion, respect, tolerance and compromise that is associated with love. Seventy percent of the students at UC are coming directly from high school. Many have left home for the first time. For our international students they are in a foreign country and immersed in a foreign culture. They are courageous people—often young, at times vulnerable, most often optimistic, enthusiastic and curious.

The academic and general staff at UC and those who work at the Students’ Association, Halls of Residence, and International College show genuine concern for the welfare of our students. Of course, we are not all perfect, we have bad days and our systems and procedures aren’t perfect but there is a compassion and desire to care for our community that is very special. To me, kindness is about being fair and taking care with the difficult circumstances others find themselves in. Bad things happen, expectations are disappointed, and life’s circumstances can be tough.

In previous roles one of the toughest things I had to do was make staff redundant when, through no fault of their own and after years of dedication, there was no longer a role for them with their employer. That is still one of the toughest responsibilities laid on managers. My toughest workdays at UC, however, relate to situations where a student has taken their own life. We need the research to inform the interventions that can address the issues of mental health in our country. Anxiety, depression, self-harm and ultimately suicide are symptoms, but of what? Too much of some things, too little of others?

Finally, the occasions that bring joyous tears to my eyes are the occasions on which we celebrate success—graduation ceremonies are right up there, as are the ceremonies where students recognise staff through teaching awards and the University Council awards medals to staff for research, teaching and innovation.

It has been a truly amazing decade—a real privilege. Of all the trajectories set in motion—buildings yet to be completed, programmes designed but yet to be offered, new research programmes funded but yet to be undertaken—I think the UC graduate profile with its focus on relevant work experience and entrepreneurship, community engagement, global awareness and bi-cultural competence is the one with the greatest potential to change the lives of our graduates and the world they play a part in shaping. And within those four attributes the commitment to help all our graduates understand what it means to live in a bicultural nation and a multi-cultural society is the most challenging and rewarding ambition.

Time to move on

For me it’s time to move on. I have no regrets, no unfinished business and no disappointed expectations. That said there is much work to do, many challenges and opportunities and always room to be more efficient in our use of resources and more effective in our teaching and research, to achieve even better learning outcomes for our students and for the society of which we are all a part.

My parting observation is that New Zealand has worked hard for decades to create a world-class university system. Much of what I have said specifically about UC applies to the other seven universities. Universities are not books and buildings, they are communities. We take them for granted and neglect them at our peril. Our universities need to be well understood, promoted and protected, not as a privilege but because of the contribution they make.

We have created a complex, intricate, interconnected world with a new set of enabling technologies, vast new opportunities, new risks and vulnerabilities. For over a century we have been putting science into business, now we must put more art into our science. Critical thinking, evidence to inform public policy and rigorous public debate will be needed as much as ever in the coming decade. We should expect and demand a lot from our universities and provide these communities with the resources they need to meet and exceed our high expectations.

Dr Carr retires as Vice-Chancellor of the University of Canterbury at the end of January.