How do students support themselves financially during study? How does employment during study affect academic performance?

Is studying and completing a university degree a worthwhile investment? How long does it take for graduates to get into degree-relevant employment? Are there any patterns in the transition into the workforce?

What are the differences in university participation rates between students across ethnicity, gender, socio-economic status, age?

Questions, questions, questions…and, until now, the sort of questions that would have taken Universities New Zealand (UNZ) considerable time and effort to answer. But the opening of an on-site datalab at UNZ’s Wellington office means UNZ can now respond quickly to questions, generate its own data sets and develop its own analysis on important questions facing the sector.

“All government is into the evidence-based policy space,” says UNZ chief executive Chris Whelan. “As a sector, if we can’t access the same data, and replicate and understand the same analysis then our ability to contribute to shaping policy is severely curtailed.” 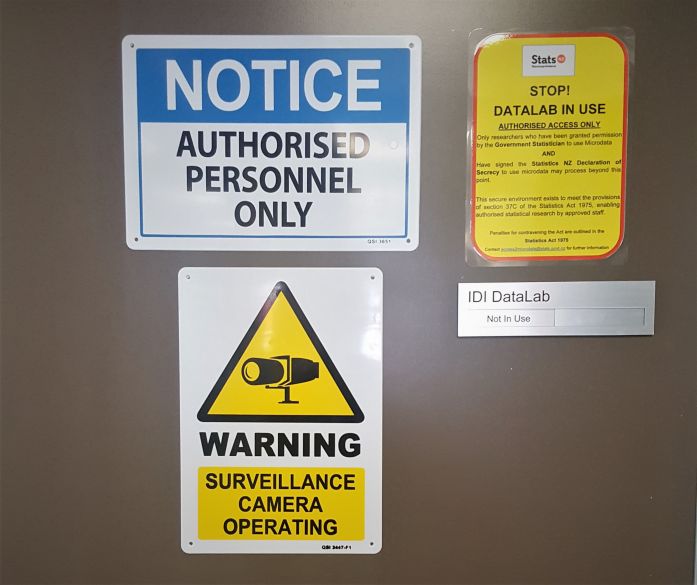 The datalab is a secure facility at the UNZ offices, with a dumb terminal (thin client connection) through to Statistics NZ where the integrated data infrastructure (IDI) datasets are held. “We can view and work with the data only via this connection,” says Whelan. “Our on-site computers don’t have USB ports, no information can be copied or taken away and any results are released by Statistics NZ only when it is satisfied that there are no potential breaches of privacy rules for institutions or individuals.”

It’s been a challenge establishing the UNZ’s IDI lab, requiring an appropriate mix of physical and electronic security. Access is strictly limited to screened and accredited personnel, including UNZ’s Programme Manager for Evidence & Evaluation, Dr Sarah Tumen, who has considerable experience in working with the IDI datasets.

The value of having direct access to the IDI datasets is already proving useful, particularly for media queries, and being able to quickly participate in public debate.

“The ability to be able to drop large datasets into a database that we can query in real time is invaluable,” says Whelan. “It took us the best part of the year to extract the data, for example, when using the 2013 census data to tell stories around graduate outcomes and where qualifications could take a person. Now we can do this in weeks.” [See the Graduate Outcomes website]

“There’s a need for rapid turnaround in public debate—we need to be in the data on the same day as debate is taking place.

“We also now have the ability to ask our own questions and generate our own data, rather than relying on others. One practical example was the debate around new Ministry of Education published completion rates, which one commentator said on the face of it put us second to bottom of OECD countries.

“We were able to go into data and debunk that, correct the misunderstanding and show that we remain a country with some of the best completion rates in the word. Most importantly, we did it in under two days—a process that would have taken months in the past.”

UNZ’s research programme will continue to develop over the next few months, as ‘cube’ of sector data is constructed, giving UNZ the ability to generate evidence and insights on the pathways, experiences and outcomes of current and former students in the university sector, and on teaching and non-teaching practices of institutions.