Benjamin Adams, from Tauranga, has been awarded the prestigious 2021 Girdlers’ Scholarship, which will enable him to study for a Master’s degree in engineering, specialising in energy sustainability, at Cambridge University. 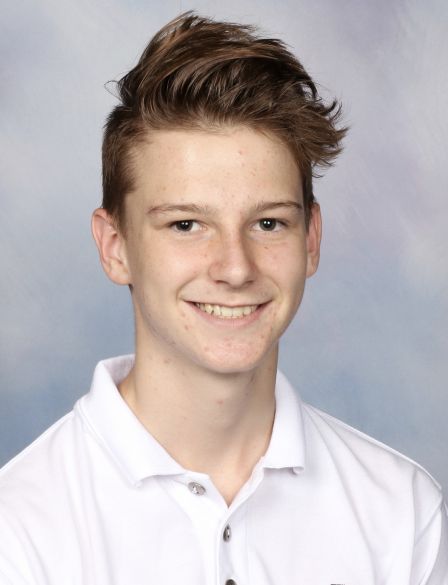 As well as a stellar academic record, Benjamin is also an elite squash player at a national level, and is keen to pursue success in both his passions at Cambridge. “The long history and stellar alumni of the University of Cambridge are truly inspiring,” he says. “As a highly prestigious university, I am confident it will challenge me to perform my best academically, and offer new and exciting opportunities in community and sporting areas.

“I would like to study engineering at Cambridge, specialising in energy, sustainability and the environment, because it combines my passion with my strengths. I am passionate in working towards a solution to climate change.

Benjamin attended Tauranga Boys’ College and was awarded Dux of his year group last year. One of his teachers described him as having achieved academically as much as there is to achieve at secondary school, with a close to perfect record in Excellence credits across the 333 attempted at all levels. Benjamin also received an A+ grade in the four university papers (mathematics, economics, physics and chemistry) he sat in 2020, while completing scholarship studies in six subjects at school, including English and Spanish.

His community work includes coaching and fundraising for his school and club squash facilities, as well as tutoring at school.

“My future career will fulfil both a responsibility to achieve my personal ambitions, and a social responsibility to improve society,” he says. “As dire as the recently declared climate emergency is, I believe it can be solved by cooperation between the world’s best minds. My degree will give me the technical expertise and communication skills required to be part of this team.

“My passion for climate change comes from my love of my country. It is both disturbing and motivating to see the deterioration of our beautiful landscape.

“I believe that improving the efficiency of alternative energy sources, such as hydrogen fuel, could become commercially viable, lessening the need to pollute the environment in favour of economic growth. My goals for my career see me working in sustainable energy solutions, and attempting to mitigate the unwinnable trade-off between economy and environment.

“I also have a desire to be the best squash player I can be. High-level competition benefits me not only physically, but also mentally and emotionally. The tangible improvements in my squash performances are great encouragement to continue working hard to achieve my potential. Training at an elite level alongside my engineering career, I aspire to be a senior New Zealand representative in squash, eventually becoming world champion. I hope this would grow the sport I love and inspire young New Zealanders to follow their dreams.”

Valued at £35,000 per year, the scholarship contributes to Benjamin’s university and college fees, and living costs while studying.

In announcing the decision on behalf of the Company, Past Master Lord Strathalmond says, “The Company is delighted to award Benjamin this scholarship, as he embodies the qualities we seek and will be studying such a critical and contemporary subject in the need to tackle climate change. He has the academic ability to perform well at Corpus Christi College, and the ambition to take full advantage of this extraordinary opportunity. We will watch his progress with interest, both academic and sporting, and support him during his time at Cambridge.”

Universities New Zealand administers this scholarship in addition to around 40 other undergraduate and postgraduate scholarships each year.