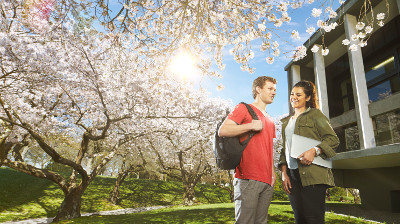 In March 2017 UC reported that student numbers at the University had increased for the 2017 year, with a sharp 20 per cent rise in international students. New to UC enrolments were up 3 per cent on the previous year, bringing the number of new students at UC in 2017 to 3562 equivalent full-time students (EFTS) compared to 3472 for the same time last year. International post-graduate students were up 19 percent from 2016 numbers, and UC now has around 750 EFTs in Masters Programmes with record numbers of PhD students. See source:

UC is transforming the learning environment through changes in the built environment, the application of new technologies and changes in how we teach.

Lincoln University
Back to top